TCI Transportation posted on Instagram that they have placed an order for 50 Tesla Semi trucks. They now join several other companies who have also placed orders after Tesla launched their new Semi, such as, Pepsi Co. with an order of 100, Anheuser-Busch with an order of 40, UPS with 125, and 20 from Fed-Ex.

TCI Transportation has a fleet of over 2,000 truck, tractor, and trailers for rental and leasing, and over 600 personnel.

Tesla has been running the prototype Semis between their Gigafactory 1 in Nevada to their Fremont factory transporting Tesla batteries. The Tesla Semis have also been seen across the country in various locations.

How I see it

Tesla Semi orders are coming in and production will be the next hurdle for Tesla. Sure, they may be in “production hell” as Elon Musk, CEO of Tesla stated with the production of the Model 3, but they will move ahead.

Musk has been known to date for pushing Tesla beyond what others believe is possible. He has had many doubters, especially in the automobile, trucking, and financial fields, but it seems he has a very strong will to prove them wrong and drastically change the way things “have always been done”.

I for one would not bet against Elon Musk, for he always seems to have an ace up his sleeve. 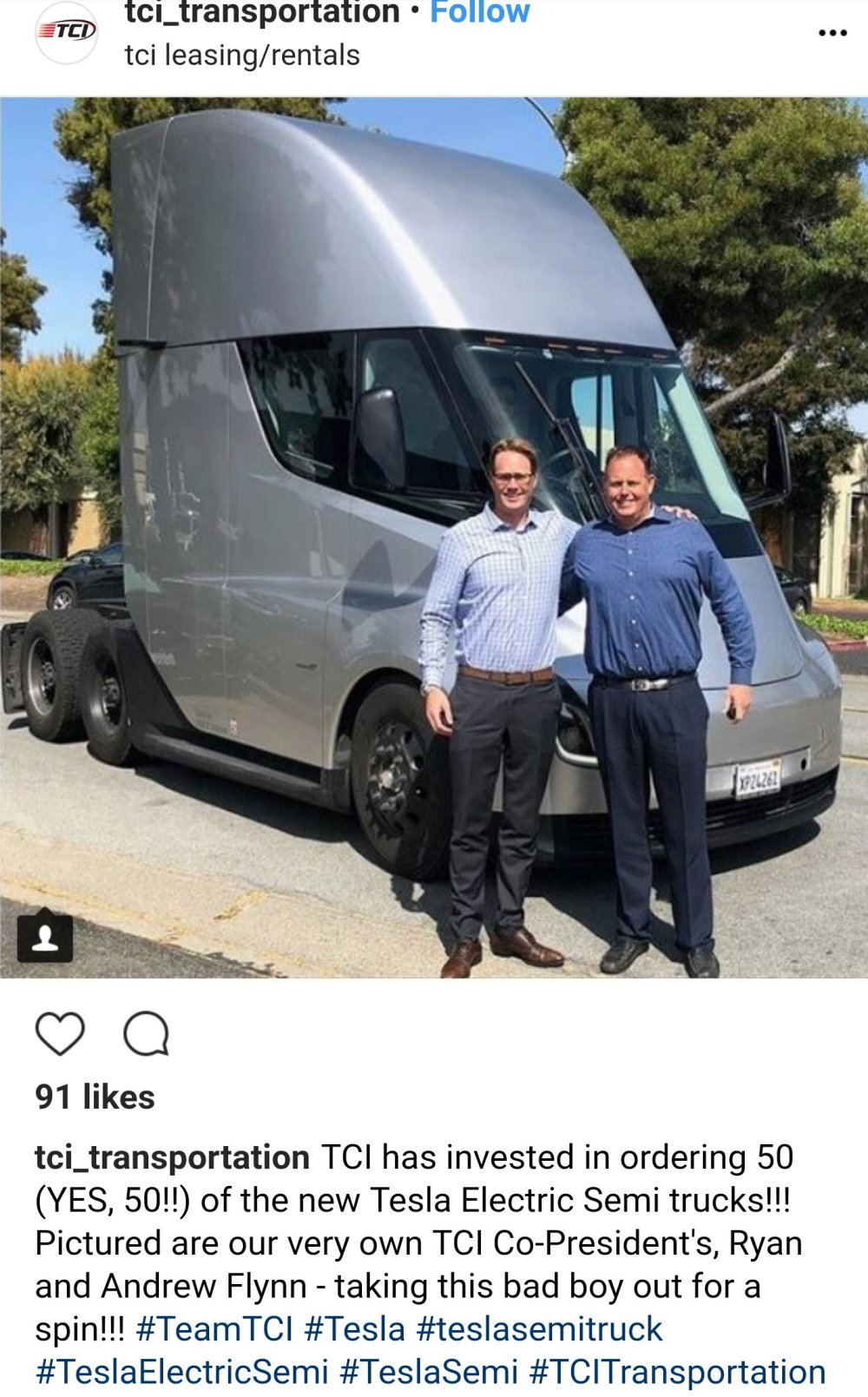 View all posts by Dave Ross